Rodney R. Deters, 87, of Wellsburg, Iowa, died Thursday, November 12, 2015, at his daughter's home, surrounded by his family, while under the care of Cedar Valley Hospice. Funeral services will be held at 2:30 p.m. Monday, November 16, 2015, at the Steamboat Rock Presbyterian Church in Steamboat Rock, Iowa, with Pastor Bruce Baillie officiating. Burial will follow at Shiloh Cemetery in Wellsburg with graveside military rites conducted by the Wellsburg AMVETS Post #91 and American Legion Post #213 of Wellsburg. Visitation will be held from 3:00 p.m. to 5:00 p.m. on Sunday, November 15, 2015, at Doyen-Abels Funeral Home in Wellsburg.

Rodney Ross Deters, son of William and Nellie (Ackerman) Deters, was born July 28, 1928, in rural Steamboat Rock, Iowa. He received his education from Steamboat Rock, Shiloh Township #9 Country School and Wellsburg High School. On April 17, 1950, Rodney married Inez G. Nederhoff at the First Christian Reformed Church Parsonage in rural Wellsburg. The couple resided in the communities of Steamboat Rock, Ackley, and Wellsburg. On January 16, 1952, he served in the U.S. Army during the Korean War where he was stationed in Ft. Eustis, VA, and France until his honorable discharge on December 22, 1953. He was awarded the National Defense Service Medal. Following his discharge, Rodney returned to Wellsburg where he resumed his lifelong vocation as a farmer. He also custom farmed in the surrounding area for over 60 years. Rodney was a member of the Steamboat Rock Presbyterian Church and a former member of the Second Christian Reformed Church in Wellsburg. He enjoyed having coffee at Snittjer Grain Elevator and visiting with his friends. Rodney's passion was his love of farming.

In addition to his parents, Rodney was preceded in death by his loving wife, Inez; infant son, Jeffrey; sister, Mildred Knutson; and brother, Ronald Deters. 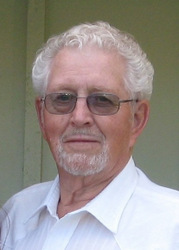