John G. Perkins, 77, of Whitten, Iowa, died on Thursday, March 21, 2013 at the Iowa River Hospice House in Marshalltown, Iowa. Funeral services will be at 11:00 am on Monday, March 25, 2013 at the Eldora United Methodist Church in Eldora, Iowa with Pastor Cynthia Moore of the Bethel Grove Church of Liscomb officiating. Burial will follow at 2:00 pm on Monday at Benson Cemetery in Whitten. Visitation is from 4 pm to 7 pm on Sunday, March 24 at Creps-Abels Funeral Home in Eldora.

John was born August 21, 1935 in Eldora, Iowa, son of Jesse and Emma (Dedrick) Perkins. He was raised and educated in Eldora and later received an Associate's degree in business from Solano Community College of Vacaville, California. On June 8, 1958, John was united in marriage to Mary L. Engelking in Hubbard, Iowa.

He was a veteran of the U.S. Air Force retiring after 20 years of service with the rank of Master Sergeant. He later served as the Commander of American Legion Post 255 in Union. John owned and operated Eldora Bowl for 15 years where he bowled a perfect 300 game and coached countless bowlers. He was instrumental in founding the Eldora Bowling Hall of Fame and was inducted as a member. John was also a member of Bethel Grove Church, and he drove school bus for BCLUW. John was an active volunteer in many organizations, but he was proudest of his work speaking with DARE students. John enjoyed golfing and was a member of the South Hardin Recreation Area men's league. He also enjoyed fishing, photography, and decorating cakes for his family.

He was preceded in death by his parents and brother, Robert Perkins. 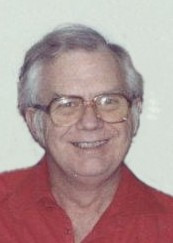