Dennis Lee Stahl was born on June 5, 1947 in Grundy Center, Iowa. He was the son of Alvin and Grace (Muller) Stahl. Dennis grew up in the Grundy Center community and attended Colfax Center Presbyterian Church. He graduated from Grundy Center High School with the class of 1965. After graduation he attended Tech school in Minneapolis, MN. He married Margaret Mooty on June 2, 1967 at First Presbyterian Church in Grundy Center, Iowa. Denny was drafted in 1966 and served his country in the U.S. Army, stationed in Vietnam. He was in Vietnam from October 1967 till September 1968 during which time he received the Purple Heart for being shot in both legs by a sniper. After his discharge he worked for the REC for over 40 years. Denny played fast pitch softball over the years with many different teams in the area. In 1994 he and his partner, Mike Reeves were the State Doubles Champs in bowling.

Denny was a member of the American Legion Post #349  AMVETS Post #17 and the Town and Country Golf Course.

Denny was an avid hunter, bowler and golfer. In his pastime he enjoyed grilling, cooking, mowing at the golf course. He loved spending time with his family and friends.

Dennis is survived by his wife, Margaret; mother, Grace Stahl; brothers, Larry (Carolyn) Stahl, Curt (Peg) Stahl all of Holland; brother-in-law Virgil Heetland of Ackley and many nieces and nephews.

He was preceded in death by his father; sister, Darlene Heetland and niece, Amanda Stahl. 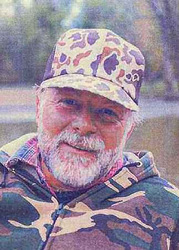