Irene was born on April 2, 1920 in Wellsburg, Iowa, the daughter of Jennie Schafer. She was educated and worked on several farms in Grundy County. On March 18, 1943, Irene was united in marriage to Harm R. Hook in Wellsburg. The couple farmed together and later made their home in Grundy Center in 1968. Irene cleaned homes for many years and worked for Frederick Furniture Store for 17 years, retiring in 1985.

She was a member of the Bethany Presbyterian Church, where she helped with Bible School, taught Catechism and was a Deacon for 6 years. She enjoyed visiting and spending time with her friends. Irene's hospitality was one of her best attributes and was always willing to share what she had with others. Irene was a very giving and selfless person and will be dearly missed by her family and many special friends she made throughout her life.

Irene is survived by her niece Beverly McArthur; nephews Charles Jr., Donald and Paul McArthur; her cousins Marie Rhoads of Grundy Center and Esther Ubben of Aplington; special friends Beth Vanderwerf-Jurenovich and Paul Vanderwerf and many other special friends. She was preceded in death by her mother; husband Harm in 1971. 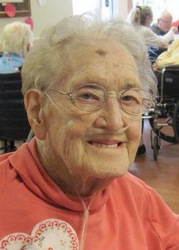