Harm L. Aalfs, 94, of Grundy Center, Iowa, formerly of Holland, Iowa, passed away on Wednesday, January 21, 2015 at the Grundy Care Center in Grundy Center. Funeral services will be held at 1:30 p.m. Saturday, January 24, 2015 at the Colfax Center Presbyterian Church in rural Holland, Iowa. A visitation will begin at the church on Saturday at 11:30 a.m. until the time of service. Burial will be held at the Holland Cemetery.

Harm Lester Aalfs, son of Henry and Hattie (Harms) Aalfs was born on October 12, 1920 in Shiloh Township near Wellsburg, Iowa. He received his education from Wellsburg country schools. On November 26, 1942, he married Arvilla F. Dreesman at the parsonage of the Holland Christian Reformed Church. The couple lived on a farm in rural Grundy County until January 1970, when they moved to Holland. Harm farmed south of Grundy Center for many years and then worked at Farmers COOP in Grundy Center for 10 years until retiring.

In addition to his wife Arvilla, he was also preceded in death by his son Michael Aalfs; great-grandsons, Brandon and Austin Aalfs; his parents; brothers, Jake and Lawrence Aalfs; sister, Mary Henricks and grandson-in-law, Ron Hunt.

In lieu of flowers, memorials may be directed to the Aalfs family. 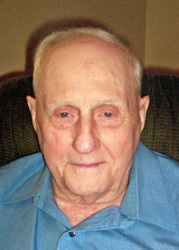