Linda was born November 7, 1942 to Donald and Evelyn Purvis of Wellsburg, Iowa.

She received her early education in the Wellsburg Community public school system graduating with the class of 1960. She went on to St. Luke's Methodist Hospital School of Nursing where she received her Registered Nurse degree graduating in 1963. She spent over 40 years nursing in a variety of areas which included but was not limited to 20 years in the hospital medical-surgical setting where she advanced to the Director of Nursing position, spent some time in the physician office and home health care nursing settings, to the last and most rewarding 20 years of her nursing career working as a Quality Monitoring Specialist with Anthem Blue Cross and Blue Shield of Virginia Insurance Company--a position from which she retired in April of 2006.

Linda was married to Glen Schmidt in 1967 with the marriage ending after 12 1/2 years in 1980. It was after their divorce that she moved to Richmond, V., where she lived the remainder of her life.

In 2007 she fought and thought she had won her battle with a rare form of lung cancer only to have it return in the right lung in 2008.

Linda loved to travel particularly internationally beginning with an African Safari in 1998 at the age of 55. Two years later she went on a European adventure that included a visit to Auschwitz Birkenau in Krakow, Poland, to Venice, Italy for a couple days after which she took the Orient Express across the Swiss Alps to Paris, France and after a 2 day stop there on to London, England by the Eurostar. In 2002 she went on a Mediterranean cruise with a couple day stay in Athens, Greece and a 3 day optional trip to Cairo, Egypt where she had the opportunity to ride a camel from the pyramids to the sphinx. In 2004 she took a Baltic cruise, which included stops in Sweden, Denmark, Finland, Germany and Russia. Two years later found Linda off to China and Japan in celebration of the conclusion of her working career as she had just retired. And lastly she went on an amazing walking tour of the Amalfi Coast of Italy including the Isle of Capri, Ravello, Amalfi, Positano, Pompeii and Naples in 2008.

Besides traveling Linda enjoyed her days that began with an early morning 3 mile run. She was an avid reader particularly enjoying fictional suspense mystery thrillers.

She treasured an intimate personal relationship with God and His son Jesus bringing her untold joy and peace.

Linda has now taken her final trip to the ultimate of destinations, Heaven. 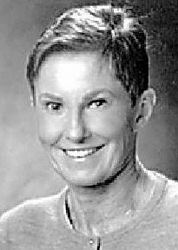