Dale E. Brandt, 80, of Reinbeck, Iowa, died Friday, August 23, 2013, at Covenant Medical Center in Waterloo, Iowa, of natural causes. Visitation will be Sunday, August 25, 2013, from 2:00 P.M. to 4:00 P.M. at French Hand Funeral Home in Reinbeck. Per Dale's wishes he will be cremated and no services will take place. Burial of the cremains will take place at a later date. A memorial fund has been established.

Dale Eugene Brandt was born November 3, 1932, in Tama County, the son of Otto and Edna (Willer) Brandt. He was born and raised in the Reinbeck area. He received his education by attending schools in Dike and Reinbeck, Iowa. After school he started working for Behrens Farms. On November 25, 1952 he enlisted in the U.S. Army serving during the Korean Conflict. After tour of duty in the Army he transferred to the Army Reserves.

Dale was united in marriage to Hazel Irene Drews on June 30, 1958 in Kirksville, Missouri.

Dale and Hazel lived in Reinbeck area all their married life. Dale worked for farmers in the area, drove truck and owned a service station. After his retirement he continued to work part time for P.C.I. Dale loved the outdoors especially fishing, hunting, and driving the country side looking over the scenery.

He enjoyed spending time with his family and friends.

Preceding him in death were his parents; brothers Leonard and Verne. 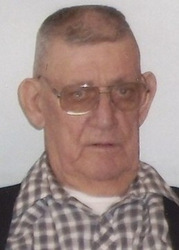