Wilma Amanda Dall, 92, of Grundy Center formerly of Reinbeck, passed away on Wednesday, September 11, 2013 at the Grundy County Memorial Hospital Long Term Care Unit in Grundy Center while under the care of Cedar Valley Hospice. Funeral services will be held at 2:00 p.m. on Saturday, September 14, 2013 at Engelkes-Abels Funeral Home in Grundy Center, IA. Burial will follow immediately after the funeral service at Fredsville Lutheran Church Cemetery rural Dike. Visitation will be held one hour prior to service at Engelkes-Abels Funeral Home in Grundy Center. In lieu of flowers memorials may be directed to your favorite charity or the Humane Society in Wilma's name.

Wilma was born November 9, 1920, west of Fern, Iowa the daughter of William and Delva (Etzen) Rottmeyer. She moved to Dike, Iowa with her parents and brother, Harley in 1934. Wilma helped with the family dairy farm and worked at Juhl's Café in Dike. She married Holger Dall on October 5, 1940, at The Little Brown Church in Nashua, Iowa. They lived in Dike for two years before moving to the Dall Farm. They moved to Reinbeck in 1975. On January 20, 2011 she moved to Grundy County Memorial Hospital Long Term Care Unit in Grundy Center.

Wilma was preceded in death by her parents, brother and her husband in 1991. She is survived by a nephew and 3 nieces. 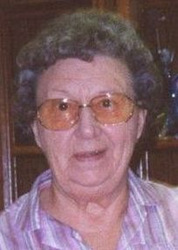