Alvin Marion Wilkens, age 78, of Cedar Falls, Iowa, formerly of Stout, Iowa, was born the son of Willie and Tisha (Timmer) Wilkens on February 14, 1933, in rural Butler County, near Parkersburg, Iowa. Alvin received his education from a rural country school near his home. He worked for his father on the family farm before joining the Army on December 4, 1953. Alvin was honorably discharged on December 2, 1955, West Point, New York.

On September 12, 1958, Alvin was united in marriage with Mildred Andreessen at the Reformed Church of Stout in Stout, Iowa. They made their home and lived their entire married life in Stout. Alvin worked for Rath Packing Company for a short time before being hired at John Deere Tractor Mfg. in Waterloo, Iowa and retired in 1992. In August of 2008, Alvin and Mildred moved together to Bickford Cottage and then later to Cedar Falls Lutheran Home both in Cedar Falls.

Alvin was a faithful member of the Reformed Church of Stout where he enjoyed serving as a greeter and usher. Alvin enjoyed gardening, taking pride in his large vegetable garden each year and their yard. He also enjoyed watching some of his favorite television shows such as the Lawrence Welk Show, All Star Wrestling and westerns along with a bowl of popcorn. Alvin loved his sweets and cashews.

Alvin died Friday, February 25, 2011, at the Cedar Falls Lutheran Home in Cedar Falls, from natural causes. He was preceded in death by his wife, Mildred on August 9, 2009; his parents; one granddaughter, Desiree Diekman; and three brothers, Bill, Frank, and Larry Wilkens.

Funeral Services will be 1:30 p.m., Tuesday, March 1, 2011 at Reformed Church of Stout with burial in Stout Cemetery.

Visitation will be 4:00 to 7:00 p.m., Monday at the Redman-Schwartz Funeral Home in Parkersburg, and continue for one hour prior to services at the church. 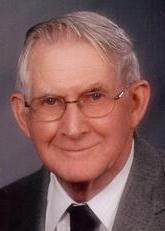