Heather Marie Mitchell (Wrage), 29, of Marion, formerly of Grundy Center, Iowa, passed away on June 25, 2010. Funeral services will be held on Tuesday, June 29th, 2010, 11:00 am at the United Methodist Church in Grundy Center with Pastor Matthew Miller officiating. A visitation will be held on Tuesday, June 29th from 9:30 am until time of funeral services at 11:00 am at the church. Interment will be private. Memorials may be directed to the family, where a trust fund will be established for Heathers son Andrew.

Heather was born on December 12, 1980, in Waterloo, Iowa, the daughter of Tim and Jan (Stephenson) Wrage. Heather grew up in Grundy Center and attended school there, graduating from Grundy Center High School in 1999. She later attended the International Travel and Aviation Academy in Arlington, Texas, receiving her two year Associates degree. After college, she was a nanny for three years, 2 years in Fortville, Indiana and 1 year in Waverly. In 2003, Heather welcomed her son Andrew. Heather had been living in Marion, Iowa for the past 5 years.

Heather was known for being good with people. She was always there to lend a helping hand for whoever needed one. She also enjoyed watching movies, cooking and most importantly, spending as much time with her son Andrew as she could.

She was preceded in death by her paternal grandfather Wayne Wrage Sr. 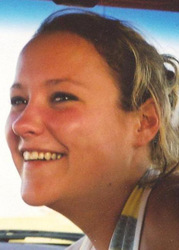