Guy E. Rich, 93, of Dike, Iowa, died at his home on Monday, June 14, 2010 while under the care of Cedar Valley Hospice. Following cremation, memorial services will be held at 6:30 pm on Wednesday, June 16 at the Dike United Methodist Church with Pastor Dan Ridnouer officiating. Private family burial will be prior to the memorial service at the Finchford Cemetery in Finchford, Iowa. The Engelkes-Abels Funeral Home, Dike Chapel is in charge of the arrangements.

Guy was born September 6, 1916 in Finchford, Iowa, son of Charles and Maude (Davis) Rich. He was raised in Finchford and on November 21, 1938 Guy was united in marriage to Edyth Holcomb. He was a veteran of the U.S. Army serving from February 1944 until November of 1945 as an Automotive Mechanic. Guy operated the Dike Body Shop for many years, retiring in 1980.

He was a member of the American Legion Post # 471 in Dike, member of the Dike United Methodist Church, and a social member of the Black Hawk County Street Machines Club. Guy enjoyed woodworking, rebuilding cars, and also enjoyed travel and overwintering in Phoenix, Arizona. In his earlier years he also enjoyed working with horses with his daughter, Roxanne.

He is survived by his children, Sharon (Gordon) Paulson of Dike, Tom (Barbara) Rich of Dike and Roxanne (Terry) Trotter of Waterloo; his special friend, Violet Stuber of Dike; by six grandchildren, seven great-grandchildren, and one great-great grandchild; several nieces and nephews; and by many friends.

He was preceded in death by his wife, Edyth on June 13, 1989; by his parents; and by sisters, Marie Power and Laura Rich. 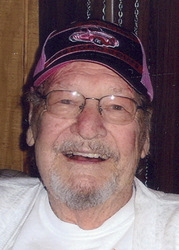