June Leona Rhoades 88, of Reinbeck, Iowa, died Friday, June 11, 2010, at Covenant Medical Center in Waterloo while under the care of Cedar Valley Hospice. Memorial services will be held at 10:30 A.M., Wednesday, June 16, 2010, at Union Congregational United Church of Christ in Reinbeck, Iowa, with Pastor Joel Love officiating. Burial will be held privately at the Reinbeck Cemetery in Reinbeck. Memorial visitation will be Tuesday, June 15, 2010, from 5:00 P.M. to 7:00 P.M. at French Hand Funeral Home in Reinbeck. A memorial has been established.

June was born on June 18, 1921 in Geneseo Township, Tama County, Iowa, to her proud parents Lloyd and Laura Lapham. She attended country school up until the 7th grade. Her family remembers that she use to drive herself to school at the age of 12 years old. June graduated from Hudson High School with the Class of 1939.

June met her husband at a basketball game in Reinbeck. After a brief courtship, Don and June were united in marriage on October 7, 1939 at a Presbyterian Church in Waterloo, IA. They made their home in Reinbeck and welcomed five children to their family. June owned and operated her own business, the Rhoadeside Café in Reinbeck from the years 1954 to 1958. She then worked at Plastronics for 18 years, retiring in the early 1970s.

June loved to dance. Don and June would go dancing as much as they could during their marriage. They both passed on to their children and grandchildren their love of dance. June was known throughout her community for her delicious potato salad. She loved to cater local events. June was also known for providing the food for her friends and family while tailgating Iowa football games. While Don was serving his country overseas during World War II, June was holding down the home front while maintaining their home and caring for their two small children.

June was member of the American Legion Auxiliary, a member of the Oak Leaf Country Club and a devoted member of the Union Congregational United Church of Christ. Junes family remembers her as a strong, loving and wonderful mother. She will be missed and long remembered by her friends and family.

She is preceded in death by her parents and step-father Edward J. Snider. 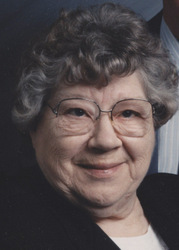