Willis Bakker, 84, of Wellsburg, passed away on Friday, January 22, 2010 at the Grundy County Memorial Hospital in Grundy Center, IA while under the care of the Cedar Valley Hospice. Funeral services will be held on Monday, January 25th, 2010 2:00 P.M. at the First Christian Reformed Church in Wellsburg with Pastor Tom Vos officiating. Interment will follow funeral services at the First Christian Reformed Church Cemetery. Visitation will be held on Sunday, January 24th from 5 to 7 P.M. at Doyen-Abels Funeral Home in Wellsburg.

Willis was born on August 23rd, 1925 in Grundy Center, IA, the son of Peter and Minnie (Ross) Bakker. He grew up in Wellsburg, attending country school at Shiloh #9. Willis graduated from Wellsburg High School in 1943 and in 1945, he was drafted into the Army Air Corp. He was stationed at Hickman Field in Hawaii as a weather observer for the 38th Squadron and was honorably discharged in 1947. He returned to Wellsburg where he worked as a farmer. He met Eunice Elizabeth Aukes and the couple were married on May 2, 1963 at the Pleasant Valley Reformed Church in rural Wellsburg. The couple lived in Wellsburg on Willis family farm and the two welcomed three boys. Willis lived on the farm his entire life, only recently moving to the Long Term Care Unit of the Grundy County Memorial Hospital.

Willis was a member of the First Christian Reformed Church, was a member of the church council serving as past Vice President, served on the school board of the Timothy Christian School, was a past trustee for the Wellsburg Township, sang in a mens quartet for many years and pitched for the local softball team.

He was preceded in death by his parents; wife Eunice E., who passed away on March 19, 2008; sisters Bernice Haupt & Lillian Haupt; an infant son Gary. 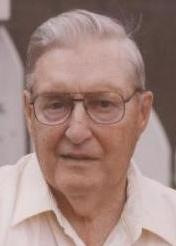