Ralph E. Sprague, 93 of Grundy Center, Iowa, died Monday, January 18, 2010, at Grundy County Memorial Hospital Long Term Care Center in Grundy Center, Iowa while under the care of the Cedar Valley Hospice. Funeral services will be held on Friday January 22, 2010, 10:30 a.m. at Engelkes-Abels Funeral Home, Grundy Center. Interment will be immediately following the funeral service at Rose Hill Cemetery in Grundy Center. Visitation will be Thursday January 21, from 4:00 p.m. to 7:00 p.m. at the Engelkes-Abels Funeral Home. In lieu of flowers, donations may be made to Cedar Valley Hospice or Grundy Center United Methodist Church.

Ralph was born March 25, 1916 in Grundy Center. He was the son of Henry and Mina (Diehl) Sprague. He attended Grundy Center Schools. Ralph married the love of his life, Irene Wells on March 25, 1938. They were one month short of their 61st anniversary when Ralph lost his beloved wife.

Ralph was a member of the Methodist Church of Grundy Center. He was on the Grundy Center Fire Department for 30 years and served as Chief many of those years. He was a first aid instructor and served on the Zoning Commission and Civil Defense Counsel. He retired from Rath Packing Company in 1978 after 26 years of service.

Ralph and Irene loved to camp and travel. They wintered in Rockport,Texas for many years and traveled the US, Canada, Cuba, Alaska, and Mexico.

He was preceded in death by his wife Irene; his parents; sister Gladys Conradi and brother Robert Bob Sprague. 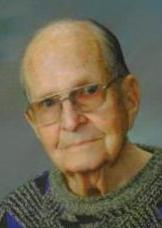