Roger D. Muller, 59, of Grundy Center, Iowa, died of complications of lung cancer, Saturday, August 15, 2009, at his home under the care of his family.

Roger was born September 6, 1949, in Grundy Center, Iowa, the son of Sievert and Lillian (DeLange) Muller. He graduated from the Grundy Center High School in 1967. He attended Marshalltown Community College for 2 years and the University of Northern Iowa for a semester.

On July 31, 1970, he was united in marriage to Wendy Sue Miller at the Bethany Presbyterian Church in Grundy Center. Roger farmed for several years and then was employed by the Department of Transportation with the last 16 years being a Motor Vehicle Officer. Roger was a member of the First Presbyterian Church in Grundy Center, the Grundy County Officials Association, the Iowa High School Athletic Association and the Grundy County Cowboys. In past years he was a member of the Grundy County Fair Board and the Iowa Paint Horse Association. Roger's interests and hobbies included horses, football officiating, deer and pheasant hunting, fishing, landscaping and morning coffee with his friends. Above all, he will be remembered for the love he had for his family and friends, especially his grandchildren who will carry "Papa" in their hearts forever.

He is survived by: his wife, Wendy; a daughter, Jessica and her husband Jeremy Eilers and their son Drew of Reinbeck, Iowa; a son, Scott and his wife Somer and their son Kolby and daughter Kayden of Grundy Center, Iowa; a brother Les and his wife Gaye Muller of Steamboat Rock, Iowa.

He was preceded in death by his parents Sievert and Lillian Muller. 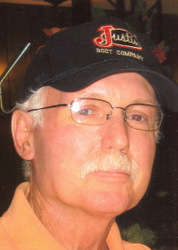