Charles Michael Schmidt, 57, of Marshalltown, Iowa, died suddenly Friday August 8, 2009, in Yankton, South Dakota. Funeral services will be 1:30 P.M., Wednesday, August 12, 2009, at Colfax Center Presbyterian Church in rural Holland, Iowa, with Pastor Larry Hoop officiating. Burial will be in the Church Cemetery. Visitation will be on Tuesday August 11, 2009, at Engelkes-Abels Funeral Home in Grundy Center, Iowa, from 5:00 P.M. to 8:00 P.M. Memorials may be directed to the family.

Charles Michael Schmidt was born July 17, 1952 in Grundy Center the son of George and Minnie (Siebenga) Schmidt. He graduated from Grundy Center high School in 1970. After graduation he moved to Marshalltown, Iowa where he worked for LeRoy Mulford Construction. He then went to work for Brycon construction, where he worked for several years, and up until the time of his death. He enjoyed the game of golf, was an avid bowler, loved to hunt and fish with his beloved dog and friend "Rolph". 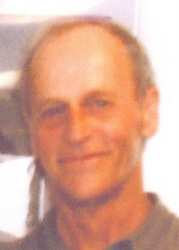