Clarence James Claassen, 88, of Grundy Center, Iowa, died Thursday, April 9, 2009, at the Grundy County Memorial Hospital in Grundy Center while under the care of Cedar Valley Hospice. Memorial services will be 10:30 A.M., Saturday, April 18, 2009, at the Reformed Church of Stout in Stout, Iowa, with Pastor David Vander Leest officiating. Private family burial will follow at the Stout Cemetery in Stout. Visitation will be Friday, April 17, 2009, from 6:00 P.M. to 8:00 P.M., with the family present to greet friends, at Engelkes-Abels Funeral Home in Grundy Center. Memorials may be made to Cedar Valley Hospice or the Reformed Church of Stout in Clarence's name.

Clarence Claassen was born March 30, 1921, in Holland, Iowa, the son of Dick and Fannie (Andreessen) Claassen. He attended country school in rural Holland. After school Clarence started working at Rath Packing. On January 5, 1946 he was inducted into the U.S. Army serving his country during World War II. On February 19, 1948, Clarence was united in marriage to Ruth Meester at Colfax Center Presbyterian Church rural Holland, Iowa. After their marriage he started farming in Lincoln Township where he farmed for 61 years before retiring, they remained on the farm till moving to Grundy Center in 2007. After retiring he loved to go and have coffee with his friends in Dike, Holland and Grundy Center. Clarence was a member of Reformed Church of Stout. He enjoyed spending time with his family and friends.

Preceding him in death were his parents; a son, Dennis; two sisters, Laurayne Meyer and Darlyne Larsen. 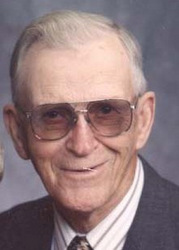