Lois was born September 9, 1925, in, Eldora, Iowa, the daughter of Ben and Bessie (Briggs) Jaspers. Lois received her education in Steamboat Rock, graduating from the Steamboat Rock High School in 1942. She then attended and graduated from Iowa State Teachers College in Cedar Falls with a teaching degree. Lois later completed her Master's Degree in Teaching at the University of Northern Iowa in 1971.

On August 15, 1947, Lois was united in marriage to Herman Primus at the First Presbyterian Church in Steamboat Rock. After their marriage, they farmed near Wellsburg from 1947 to 1979. Lois began her teaching career at rural country school in Clay Township and then taught at the elementary school in New Providence. She then began teaching in Wellsburg in 1964, and taught with the Wellsburg School District until her retirement in 1999. Her husband Herman died on March 3, 1999 and she continued to make Wellsburg her home. Lois was a lifelong member of First Presbyterian Church in Steamboat Rock where she had been active in the church choir as well as teaching Sunday school. Lois had also served on the board of the Presbyterian Village in Ackley. She was also a lifelong member of the Steamboat Rock Progress Club and a member of the Legion Auxiliary. Lois loved playing cards with her bridge group and she also liked word puzzles. Family was very important to her. She loved attending her children and grandchildren's school and church activities.

She was preceded in death by her parents; her husband Herman; two brothers Alvin and John Jaspers; and one brother Bernard and one sister Ruth-both in infancy; and one grandson-in-law Chris Morris. 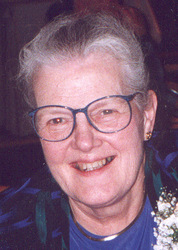