Lyle was born November 6, 1919 near Whitten, Iowa the son of Asa and Etta (Crossan) Rodd. Lyle graduated from Whitten High School in 1937. On January 18, 1942 he was united in marriage to Arlene Meyer in Princeton, Missouri. On February 18, 1942 Lyle entered the United States Navy to serve his country in World War II. Lyle served in the Pacific Theater having been stationed in New Guinea. Lyle lived in many different communities: in the 1950?s they lived in Spencer, Algona, Maquoketa, Knoxville, Indianola and West Des Moines; in the 1960's in West Des Moines, Spencer, Jefferson and Mt. Pleasant; in the 1970's - 1990's Fort Collins Colorado and Mesa Arizona, and most recently in Grundy Center. Lyle was a former Grundy County Sheriff, President of the Spencer Chamber of Commerce, and was Regional Manager for Ford Dealership Development. From the mid 1960's until 2000 Lyle and Arlene were active in real estate and owned several motel and residential properties in Iowa, Arkansas and Colorado. Lyle served on the Board of Governors for Best Western international for several years. Lyle was a 50 year member of the Shiners Za-Ga-Zig Shrine of Des Moines. He was also an active member of the Grundy Center United Methodist Church.

He was preceded in death by his parents Asa and Etta Rodd, and a brother Darrell Rodd. 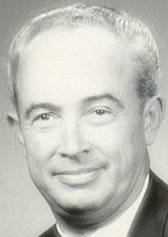