John joined the US Marine Corps in 1946. In 1948, Corporal Smola was transferred to the reserves and attended the University of Iowa, where he later earned a BA in 1951, after his first tour of duty in Korea. Sergeant Smola landed with the First Division on December 10, 1950, making him one of the Chosin Few of Marine Corps lore. The Division suffered some of the worst winter battle conditions in the Corps 200+ history while fighting the Chinese 9th Army back to the 38th parallel.

Once John returned from Korea, he attended Officer Candidate School and was promoted to 1st Lieutenant. On October 22, 1952, before reporting for his second tour in Korea, John married Bonnie Ketchum at St. Johns Lutheran Church in Olin, Iowa. John was wounded behind Combat Outpost Lines at a place called Dagmar while commanding a mortar unit. He was awarded the Purple Heart for valor. When finally reunited with Bonnie, John lived in ten different places in the first ten years of marriage. He served as the Marine Corps attaché in Japan, and after twenty-four years of service retired with the rank of Lt. Colonel.

In retirement, John taught science to elementary school students in Norfolk, Virginia and earned his MS in 1971 from Old Dominion University. He and Bonnie moved back to Iowa to farm in 1975. In 1981, John earned his Ph.D. from Iowa State University, Ames, Iowa. During his farming life in Iowa, John and his sons operated a computer shop, ran a computer science camp in summer and a cross-country skiing facility in the winter. He learned to fly in his 70s. His last tour of duty was on the zoning board of Allamakee county, advocating protection of local trout streams and fighting the fracking industry back to the Wisconsin border.

He is survived by his loving wife Bonnie; daughter, Beth Ann; son, James David and grandchildren, Christopher, Jennifer, Garrett, Emily, James, and step-grandchildren; Megan, Hayley, and Shane, plus a host of nieces, nephews, and relations by marriage.

John was preceded in death by his son, John Paul; his grandson, John Brennan Seelie; his parents, and both of his brothers.

A private family inurnment will be held at a later date at the Olin Cemetery in Olin, Iowa.

Memorials in Johns honor may be given to Monona Fire or Ambulance Service. 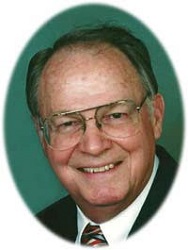