Michael J. "Mickey" Geraghty, age 59, of Hartford, Wisconsin, died on Monday May 30, 2005 at the St. Luke's Medical Center in Milwaukee, Wisconsin. Funeral services were held on Thursday, June 2, 2005 at the Shimon Funeral Home in Hartford with burial at the Pleasant Hill Cemetery in Hartford.

Michael was born to Robert and Rosemary (Whittle) Geraghty on April 27, 1946 in Monona, Iowa. While growing up, he was a Boy Scout and delivered the Dubuque Telegraph Herald. He attended St. Patrick Parochial School and graduated from MFL High School in Monona in 1964. He enlisted in the Navy and began his career on July 7, 1964. He retired from military service on November 20, 1986 as a Senior Chief Fire Control Man (E-8). Mickey lived in Virginia until November 2004 when he moved to Hartford, Wisconsin to be closer to his family after his cancer returned.

Michael is survived by his mother Rosemary (Glenn) Binns of Monona; three children Kelly Hein, Catherine (David) Boyd, all of Hartford, and Michelle Geraghty of West Virginia; four granddaughters Danielle, Raquel, Kourtney, and Gabrielle Hein; a grandson David Boyd; a sister Kathleen "Kathy" (Dan) Pixler of Monona; and the mother of his two older daughters, Karen Geraghty of Hartford in addition to other relatives and friends. 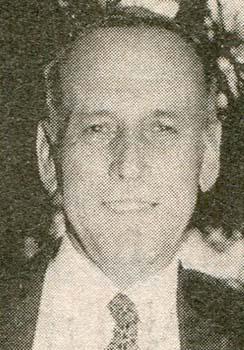