Dennis was born in McGregor, Iowa on April 2, 1947 to Donald "Don" R. and Mary (Adams) Yohe. He is survived by his two daughters, Jana and her husband Darby, and Crista and her husband Zach; 3 grandchildren; his parents; and his siblings: Ralph (Mia) Yohe, Bernie Yohe, Aletha (James) DeRonde, Dean (Nikki) Yohe, and Roger (Karen) Yohe.

In the 1950's, Dennis was a student at the Waterville Consolidated School District in Waterville, Iowa until his family moved to Mankato, Minnesota where his father earned a degree in administration in the field of education. His father, Don Yohe, had been a teacher and coach at Waterville and served as a high school principal in Hansell, Iowa, Ackley, Iowa, and Colfax, Iowa. Dennis graduated from the Ackley-Geneva High School in 1965 and went on to receive his Bachelor's Degree at the University of Northern Iowa.

Dennis was a proud Army Veteran and served in Vietnam. He had a big heart and was a caring neighbor and friend to many in the Des Moines community. He loved all animals and was especially fond of horses and dogs. He was an avid golfer and enjoyed helping others improve their game. He was an outdoors man who enjoyed hunting and fishing with his grandchildren. Dennis enjoyed visiting with friends and one would often hear him talk about sports, music, politics, and history. Most of all, Dennis was proud to talk about the achievements and hobbies of his children, grandchildren, and other special loved ones. He will be sadly missed by his family and friends. 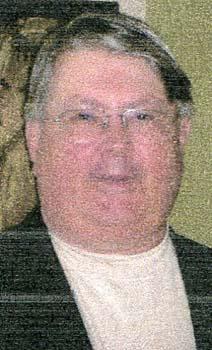