Survivors include her husband, Fran; a daughter, Cindy of Dyersville; her mother, Florence Eilers of Guttenberg; three brothers, Richard (Jeannie) Eilers and Theodore (Doris) Eilers, both of Guttenberg, and Jim ( Mary Ellen) Eilers of Hamilton, Mont.; and many friends.

Sue was born Sept. 21, 1948, the daughter of Eulogius "Bud" and Florence Ratterman Eilers. Her first years were spent on a farm in Clayton County. This was a special time in her life and Susie talked of this very often - about all the things she and brothers Jim, John, Dick and Ted and sister Barb did together as a family. The farm was a place where there was always something going on and Susie loved it there. The thing she talked about most was a room in the attic that was used as a bedroom and how when it rained she could go up and be in this room for hours, just to lay back and listen to the drops hit the roof and dream of things to come. This was her special place where she could always dream of the life ahead of her.

She attended school in Garnavillo, graduating in 1966. She was active in softball and basketball, but over the years lost her basketball skills. She always seemed to finish last in the many games of horse that she challenged son Travis to behind the house.

Shortly after graduating from high school, Sue moved to Cedar Rapids, but it wasn't too long after that she moved back to Guttenberg. She worked at Trademark Homes until they closed. Then she worked at the Ertl Co. for 16 years and, when this came to an end, she returned to school, taking classes at NICC in Peosta. This was a good time in her life - she made the dean's list and got A's in all the classes she took. These report cards were posted in a very prominent place in the family home and everyone who came to visit had to stop there first. At the time of her death she worked for Bodine Electric Co. in Peosta. She loved the job and had a bright future ahead of her.

"Susie, you were not only my wife, you were my best friend. We did not have much time together. But for the time we had all I can say is THANK YOU HON. Only you and I know how good it was and we will have that forever.

Susie, I love you and I miss you so. Sweetheart, every card or note we ever gave each other always ended the same and that is how I am going to end this one.

Forever And A Day
All My Love,
Fran XOXO
God, please take care of my family.."

Three members of a northeast Iowa family that was taking a Chicago-area trip together died when a semi-tractor trailer rear-ended their minivan on Interstate 94 north of Chicago.

Illinois State Police said Diesch was slowing for traffic near the Six Flags Great America amusement park about 40 miles north of Chicago on Thursday afternoon when her van was struck by a tractor-trailer rig driven by Timothy Robertson, 40, of Cherokee, Ala.

Robertson and three people in other cars were treated for minor injuries.

The Iowa family had visited the Shedd Aquarium in Chicago earlier in the day, stopped to eat and was headed north on I-94 to Six Flags Great America when the accident happened.

Diesch's sister-in-law, Julie Diesch of Earlville, said the family enjoyed fishing and boating on the Mississippi River together. Susan Diesch had married Julie's brother, Francis, more than a year ago.

She described Susan as friendly and upbeat. She worked at Bodine Electric Co. in Peosta.

The family was taking a short vacation to the Chicago area when the accident happened, said Julie Diesch, adding that her brother did not make the trip.

Julie Diesch described Austin Gerner as an active boy who participated in soccer and baseball. He was to begin fourth grade Thursday when classes start at St. Francis Xavier grade school in Dyersville.

Austin and his mother had moved to Dyersville about a year ago. They lived with Gerner's boyfriend, Jason Offerman, according to Julie Diesch.

Bolsinger, who was to begin his sophomore year at Guttenberg on Monday, participated in band, football, basketball and was on the honor roll.

"The kid was all you would want a student to be. He never, ever got in any trouble," said Whalen. "In modern days, you don't find many like that."

She was always supportive of the school and everything we did,' said Whalen.

Counselors will be at the school Monday to help students deal with Bolsinger's death, said Whalen.

The flag outside the school was flown at half-staff after news of the accident reached Guttenberg.

"There's a sense of shock and disappointment and sadness." said Whalen. "I've been here 22 years and I've never lost a student attending school, so it's difficult to deal with."

(NOTE: A picture of the wreck accompanied this article. See also the Austin Mitchell Gerner and Travis James Bolsinger obits and photos.) 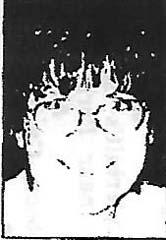