Of advanced age, yet inheriting on his mother's side, great longevity, (his grandmother attained the age of one hundred and seven years) he was seemingly entitled to a longer span of life.

Born of sturdy Vermont ancestry, on his mother's side, which only a few generations back, fought under Washington in the Revolutionary War, and a Scotch Irish strain on his father's side, he was endowed with a strong constitution, an indomitable will, a brilliant mind, and a quick wit, which gave him the requisites of a pioneer.

In 1855, at the age of nine years, he and his two sisters came with their father to the States, and made their home on a farm in Clayton county, Iowa, near National. Those were pioneer days, and the little family had their share of hardships.

As a lad, Mr. McNeil was ambitious and studious. Early he became a teacher, studied law at Iowa City, and in the office of Judge Noble at McGregor. He was admitted to the bar, and through the years practiced law, giving his attention largely to probate work. This was carried on while he was engaged in farming, an occupation which held his interest to the end, and no single thing in nature was more revered by him than bluegrass.

Many were his interests, and his mind was a store house of information on varied subjects. The sharing of this knowledge of events, historical and political, which his memory so remarkably retained, gave him much pleasure to his many friends.

To those who sought his advice, he was a fair and just advisor and counselor whose opinion was highly valued. A man of strong opinions, he gave zest to all movements in the interests of farm and society, and retained that interest and enthusiasm even in his declining years.

Twenty-five years ago he made Pasadena, California, his home, ever summering in Iowa, in whose loved setting were his friends and acquaintances. It is among these whose friendship he prized through the years he has chosen his last resting place.

Surviving him are his widow, Jennie C. McNeil, a son, H.A. McNeil, a daughter, Mrs. C.E. Sebastian, a granddaughter, Mrs. Frank J. Sutton, and a sister, Mrs. M.J. Watkins, all of Pasadena, California.

~Postville Herald, Thursday, May 21, 1931 (the photo accompanied this obit in the paper)

~Notes: his father was H.V. McNeil 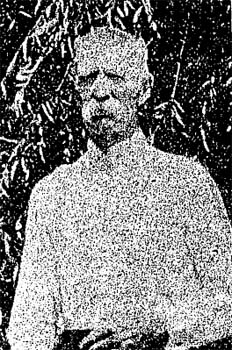