Marilynn Mae, the daughter of Leo and Mabel (Meyer) Heins, was born October 6, 1924 in Postville, Iowa. She was baptized November 30, 1924 and confirmed November 13, 1938 at St. Paul Lutheran Church in Postville. Marilynn graduated with the Class of 1942 from Postville High School.

Marilynn was united in marriage with Frank Tehel on January 13, 1945 at the St. Paul Lutheran Chapel in Postville. Frank and Marilynn farmed south of Postville until 1959, when they moved into Postville. They owned and operated Franks Recreation and Franks Red Lantern Restaurant until 1976.

Marilynn then owned and operated Marilynns Fashion Tree in Postville, until she was united in marriage with Elmer Radloff on October 22, 1984 at the St. Paul Lutheran Chapel. After her marriage to Elmer, she moved to Monona. She worked at the Greenhouse in Monona and made potato salad for Wilkes IGA and Moores Store.

Marilynn was preceded in death by her two husbands, Frank and Elmer; her parents; one son, Leo Tehel; one stepson, Loren Radloff; and one daughter-in-law, Beverly Tehel.

Visitation will be Sunday, March 10, 2013 from 2  6 p.m. at the Leonard-Grau Funeral Home and Cremation Service, Monona, Iowa and one hour before services at the church on Monday.

Funeral Services will be at 11 a.m. on Monday, March 11, 2013 at St. Paul Lutheran Church in Postville, Iowa with Rev. Steve Brackett as the Officiant.

Burial to follow at the Postville Cemetery, Postville, Iowa.

Leonard-Grau Funeral Home and Cremation Service is helping the family with the arrangements. 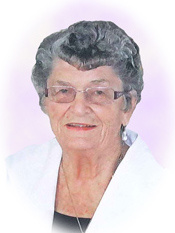