Parry L. Adams, 46, of Dubuque, died Sunday, Dec. 4, 1994, the result of an accidental drowning in the Mississippi River at Clinton. Iowa. His body not recovered yet a memorial service will be held at 5 p.m. Wednesday at the Dennis Kitchen Funeral Home in Dubuque. Private burial services will be held at Mount Olivet Cemetery, Key West, Iowa, after the remains are recovered.

Mr. Adams was born 23 June, 1948, at North Buena Vista, Iowa, the son of Lawrence "Larry" and Irene "Rene" (Freiburger) Adams. He spent his life in the Clayton and Dubuque County areas. He graduated from Guttenberg Community High School in 1966, an then attended Hawkeye Institute of Technology, Northeast Iowa Technical Institute and the University of Wisconsin. He had worked for the John Deere Dubuque Works (1972-90), the Double L Group, LTD. (1990-94), then he and his wife realized a longtime dream when they founded the Adams Family General Contracting & Welding Co.

He served with the Army special forces and was a Vietnam War veteran, where he received numerous medals of commendation. He was so proud of his country and to be an American. He was an old car enthusiast and was a member of the Graffiti Night Cruisers, loved old movies and old-time radio, old Harley-Davidson motorcycles, the history of our country, and his work. His greatest love of all was his family and his many, many friends and fellow man. 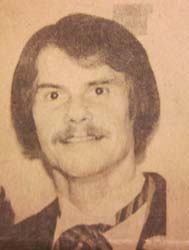