Final Rites For Helen Kneeland, Funeral services for Helen Kneeland, 89, were held Monday. Oct. 1, 1984 at 10:30 a. m. at St. Bridget Catholic Church, Postville with Rev. A. A. McAvoy and Rev. Cletus Hawes officiating. Schutte Funeral Service, Postville, was in charge of arrangements, Burial was in the Postville Cemetery.

Helen Catherine Kneeland daughter of Robert and Mary Ann (McKinley) Waters was born Sept. 1, 1895 in Clayton County. She died Sept. 29 at Community Memorial Hospital. She received her early education at Grand Meadow School No. 6 and graduated from Postville High School in 1913. She attended college at Cedar Falls and taught in the rural schools and grade schools in Frankville and Clermont.

June 19, 1923 she was married to William A. Kneeland at St. Peter's Catholic Church in Clermont. Three children were born to this union. They lived in Clermont until 1934 when they moved to Postville. Helen was a member of St. Bridget Catholic Church, the Rosary Society and the American Legion Auxiliary and she was a Gold Star Mother.

She is preceded in death by her parents, a son, Robert, a casualty of World War 11, and two brothers, Louis and Leonard. Surviving besides her husband, Bill, is a son, Francis of Brookfield. WI, a daughter, Nancy (Mrs. John B. Gould), Libertyville, IL, five grandchildren, one great-grandchild, five brothers, Bernard. Clem, Ambrose , Bertie and Paul, all of Postville, and a sister, Marie Leui of Postville. 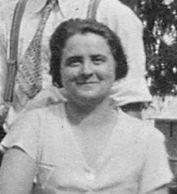