Richard "Dick" Hinsenbrock, 78, of Clermont, Iowa, passed away peacefully in his home surrounded by family on Thursday, April 16, 2009.

Dick was born on May 25, 1930, in Dubuque, Iowa. He grew up in Guttenberg, Iowa, and attended Loras College, graduating in 1954. He also attended the University of Iowa, studying law, and received his teacher's certificate from Upper Iowa University. Dick was united in marriage to Beverly M. Smock.

Dick was a life long farmer and was active in community issues. He enjoyed reading, a good conversation, garage sales, and flea markets. Dick also enjoyed traveling and was able to take several trips in later years. Family and friends were very important to him.

Memorial Services will be held at 7:00 p.m. Saturday, April 18, 2009, at the Schutte-Grau Funeral Home and Cremation Service in Clermont, Iowa.

Friends may call from 4:00 p.m. until service time at the funeral home. Private Family Inurnment will be held at a later date. Schutte-Grau Funeral Home and Cremation Services, Clermont, Iowa, are in charge of arrangements.

Funeral brochure. Contributor is not related and has no further information. 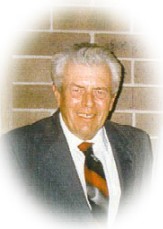