Elaine Schultz, of Luana and Sun Lakes, Ariz., passed away on June 9, 2009, at St. Luke's Hospital in Cedar Rapids following a short illness. She was 69.

Funeral services were held on Thursday, June 18, at St. John Lutheran Church in Luana with Rev. Christopher Staley officiating. Inurnment will be held at a later date. The Leonard Funeral Home in Monona was in charge of arrangements.

Elaine spent most of her early married life farming with Jerome on their dairy farm. She was famous for her cooking and an ability to produce a meal for a crowd at a moment's notice. She enjoyed sewing as a hobby and fashioned many matching outfits for her daughters for holiday occasions, hemmed and patched many garments, and constructed intricate square dancing outfits for herself and Jerome. She enjoyed their children's many school sporting and musical activities as well as the company of their card club.

The Postville Herald-Leader, June 24, 2009
Contributor is not related and has no further information. 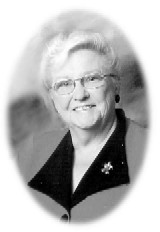