Sylvia was a school teacher, having taught in several country schools in Allamakee County. After many years of attending college, she earned her bache­lor's degree at age 62. She
taught second grade at Garnavil­lo until her retirement in 1973.

She was a member of the Seventh Day Adventist Church in Waukon, Ia., and for many years belonged to the Homemaker's Club in Clayton. 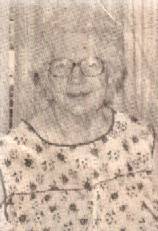