The celebrants and their children and families will attend Mass at the Sacred Heart church in Volga City this Sunday morning, after which a picnic dinner will be served at the Dillon home. Open house will be held all day and during the evening for friends of the couple.

Both Mr. and Mrs. Dillon are in fair health and able to keep on with their regular activities. Both lived near Strawberry Point as children and spent their married lives on a farm noth of there. In 1941 they retired and moved to Volga City.

Mr. and Mrs. Dillon have 26 grandchildren and nine great-grand-children. One granddaughter died in infancy. 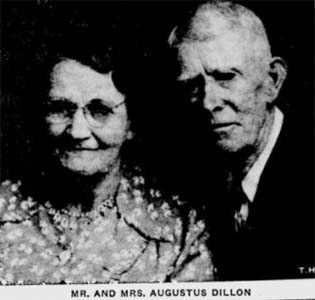