Franklin A. Grimes is a capitalist of Colesburg, now living retired. He was in former years closely connected with its industrial and manufacturing interests and his efforts contributed in no small degree to the material up building of the city as well as to the advancement of his individual success. He was born December 2, 1850, at Otisville, near Elkport, Clayton county, Iowa, a son of Joseph and Melissa A. Grimes. The family is of Irish descent and has been represented on the American continent through four generations. The mother of Franklin A. Grimes belonged to the Phelps family, of Owego, New York, the first ancestor having come from France about the year 1790. Mr. and Mrs. Joseph Grimes left the Empire state in 1844 and became residents of Clayton county, Iowa, the former conducting a milling and lumber business at what was afterward known as Otisville. He was not only a prominent factor in industrial circles but also did much to shape the history and mold the policy of the county in regard to public affairs. He was called upon to represent his district in the house of representatives in 1858 and 1859 and in 1868 was elected to the position of state senator for a term of four years, so that he left the impress of his individuality upon the history of the commonwealth.

Franklin A. Grimes supplemented his early education by study in the Lenox Collegiate Institute at Hopkinton, Iowa, and then became connected with the Union Pacific Railroad, which he represented in the transfer department for two years. On the expiration of that period he took up the profession of teaching, which he followed for two years, and later engaged in the pottery business in Colesburg as manager and part owner for fourteen years. On severing his connection with that enterprise he embarked in the flour-milling business at Colesburg, in which he continued for six years, and during that time he also engaged in the stave and heading business in company with Byran Baker, continuing the operation of that industry until the raw material was consumed. It was while he was thus actively engaged in business that he was elected one of the county supervisors, which office he filled for six years. On the discontinuance of his activity in connection with the stave and heading business he organized the Delta Lumber Company of Sunflower City, Mississippi, the partners therein being N. M. Pittman, of Evansville, Indiana; Byron Baker, of Greeley, Iowa; and F. A. Grimes, of Colesburg. That company continued the business until their supply of timber was exhausted. Mr. Grimes also became connected with financial interests of Colesburg, having aided in the organization of the Farmers Savings Bank, of which he was elected president and of which he is now a director.

Mr. Grimes was united in marriage at Colesburg on the 19th of March, 1873, to Miss Emma J. Rea, a daughter of G. W. and Mary P. Rea, who removed from Ohio to Iowa in 1848. They have become the parents of four children, Blanche E., Joseph R., F. C. and Marie R. The elder son married Elizabeth Landis. Mr. and Mrs. Grimes are Methodists in religious belief and are ever loyal to the teachings of that denomination.

Mr. Grimes belongs to the Independent Order of Odd Fellows and has filled all of the chairs in his lodge. His political endorsement is given to the republican party. It was in 1892 that he was elected a member of the county board of supervisors, on which he served for six years, during which period the courthouse at Manchester was completed. His associate members of the board at that time were Gus Merriam, of Hopkinton, Iowa, and Thomas Rose, of Masonville. At no time have his efforts been confined so closely to business affairs that he has had no opportunity to participate in the public life of the community. On the contrary he has ever recognized his duties and obligations in that regard and has advanced steadily and persistently in cooperation with others to bring about, the best interests of town and county. In all of his business connections he has displayed keen sagacity, indefatigable energy and laudable ambition. What he has accomplished represents the fit utilization of his innate powers and talents, and his life record stands as incontrovertible proof of the fact that success and an honored name may be won simultaneously. 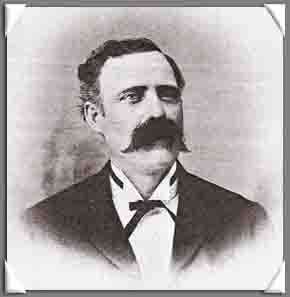