Neil Edward Patten was born on January 11, 1933, in Alta, Iowa, to James Allen and Florence (Barnard) Patten. Growing up, he attended a one room schoolhouse before graduating from Alta High School in 1951. Next, he enlisted in the United States Army where he, proudly, served his country for two years before his honorable discharge. On August 18, 1957, Neil married Patricia Ann Willfong at the United Methodist Church in Newell, Iowa. Subsequently, they were blessed with five children: Brenda, Terry, Joleen, Janeen, and Allen.

A member of the First Presbyterian Church in Alta, Neil held many church offices over his lifetime. A man of great faith, he, also, belonged to the Alta Masonic Lodge for over sixty-five years where he held numerous offices.

A member of the Alta Golf and Country Club, Neil enjoyed golfing and had scored three holes in one. In his spare time, he, also, enjoyed bowling and playing cards.

Born to farm, Neil loved his occupation. On the farm, he raised hogs, cattle, corn, and soybeans and spent much of his time running his corn shelling business. Moreover, he taught his family how to be good neighbors, always helping others before doing his own work. Unquestionably, he, proudly, received the Century Farm Award. He treasured his family and friends and will be deeply missed by all who knew and loved him.

Funeral services will be held Tuesday, August 27, 2019, at 10:30 a.m. at the First Presbyterian Church in Alta. Burial will follow in the Woodlawn Cemetery in Alta. Visitation will take place Monday, August 26, 2019, from 5:00 to 7:00 p.m. at the Fratzke & Jensen Funeral Home in ALTA with a Masonic prayer service at 7:00 p.m. The Fratzke & Jensen Funeral Home in Alta is in charge of the arrangements. Memorials can be directed to the Alta First Presbyterian Church or the Alta Masonic Lodge. 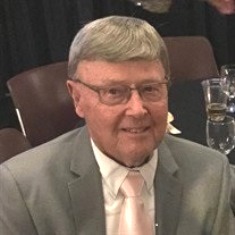