John (Jack) Austin Miller, a son of John Alden and Edna (Olsen) Miller, was born on February 10, 1929, in Newell, Iowa. After having spent his childhood in the Newell/Storm Lake area, he graduated from Storm Lake High School in 1947. During his high school years, he worked for the Storm Lake Register/Pilot Tribune, running the printing press and delivering papers. In June of 1947, he joined the Navy and traveled to San Diego to attend the Naval Conservatory of Music, playing the tuba and string base. A Korean War veteran, he served on the USS Helena and traveled the world preforming in the Admirals Band. After his discharge from the navy, he attended school for telephone connections and built telephone offices working for Western Electric.

On June 5, 1953, Jack wed Wanda Kraft, a marriage that lasted for over fifty years before Wanda passed away in 2004. From this union, they were blessed with three children: John, Julie, and David. For a few years after they married, they lived in various places while Jack continued to work on installing telephone offices. In addition, he served as a police officer in Pocahontas for a short time. Next, he took a job managing a telephone coop in Winthrop, Iowa. He lived there for six years before the family bought a farm near Sioux Rapids. Jack loved farming and raising animals. In the 1980s, he began traveling around the United States to install fiber optics. Jack spent his last nearly sixteen employed years as an electronics specialist at the Spencer Walmart before he retired at the age of 85 to live on the farm until four days before he passed away at age 90.

Jack had many hobbies; he raced cars, hunted, fished, wrote a few short science fiction novels and poetry, collected movies, and loved to listen to classical music. Of all his hobbies, however, he liked flying the best. He became a pilot in 1950, joined several flying clubs, and owned a couple planes of his own. 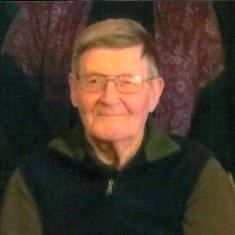