He was born on December 29, 1929, on his familys farm near Storm Lake to William Michael and Mae (Grigsby) Kestel.

Growing up, Bill attended a one room schoolhouse and Hayes Consolidated School before graduating from St. Marys in Storm Lake in 1947. In 1951, he enlisted in the United States Air Force and was stationed at Stead Air Force Base in Reno, Nevada. His time in the service offered him lasting memories and many stories. Before his honorable discharge, he proudly served his country for two years.

On January 3, 1953, Bill married Mary Alice Smith at St. Marys Catholic Church in Storm Lake. Subsequently, they were blessed with four daughters, Colette, Alice, Lisabeth Libby, and Ann. A man of faith and a lifetime member of St. Marys Catholic Church, Bill supported all aspects of the church and school including becoming a 3rd Degree Knight of the Knights of Columbus, delivery trips for SOS, and attending numerous school activities while his children were growing up.

Bill began farming as a young boy and never lost his love for working the land while sitting on his tractors. In addition, he had a great interest in airplanes. He could identify the model and year of any airplane he saw. Living next to the airport, he, often, spent time there watching the airplanes and talking with the hanger staff and pilots.

Moreover, he cherished his memories of his many travels with his wife, Mary, including trips to the Panama Canal, Hawaii, Alaska, Europe, and the Caribbean. He, also, loved having coffee with his friends, going on tractor rides, and participating in the AmVets Honor Guard. Nonetheless, Bill was, probably, best known for his kind and gentle nature. As he greeted people, for example, he would quickly ask about their family or give them a compliment. Everyone knew they could, always, trust and count on him to help in any way.

Bill found his greatest love and enjoyment in his family. He continued to attend his grandchildren and great-grandchildrens games and activities regularly. Indeed, he was always beaming with pride anytime he had his family gathered around him. He had the ability to make each grandchild feel important in their own special way. Without a doubt, Bill had a long life well-lived and will be greatly missed by all who knew and loved him.

Those left to cherish his memory include his daughters, Alice Graves, and her children, Peter (Maggie) and Eric Graves, all of Ventura California; Libby Kestel, of Iowa City, and Ann (Mark) Meyer and her children: Matt, Makenzie, Megan, and Macy, all of Mason City; his son-in-law, Tom King, of Johnston, Iowa, and his children, Brian (Erin), of Nantucket, Massachusetts, David King, of Newport Beach, California, Aaron (Kelli) King, of West Des Moines, Sarah (Reggie) Voyles, of Sac City; and Lisa (Mat) Beaman, of Ankeny; his great grandchildren: Sydney, Kinnick, and Charlie King; William, Landon, and Millie Voyles; and his brother, John (Mary Ellen) Kestel, of Goleta, California.

Those preceding Bill in death include his parents; his wife, Mary Alice; his sister, Dorothy Kestel; his daughter Colette King; and his granddaughter, Laura King. 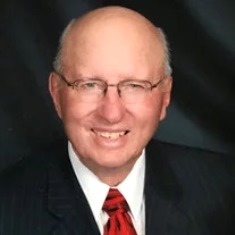