Doris Jean Brock, a daughter of Donald and Sylvia Brock, was born on December 27, 1946, in Storm Lake, Iowa. Baptized at Faith Lutheran Church in Sioux Rapids in 1953 and confirmed at the same church in 1961, Dori attended grade school and high school in Sioux Rapids, graduating from Sioux Rapids High School in 1965. Then, she attended Concordia College in St. Paul, Minnesota, for a year and a half.

Throughout her adult years, Dori worked as a cook at Ken-A-Bob, Burger King, and Buena Vista University. She retired from her work in food service in 2012.

Very active in her community as a longtime member of the Buena Vista Regional Medical Center (BVRMC) Auxiliary (where she once served as president), she, also, served as a hospital and hospice volunteer and, at one time, as a Stephan Minister.

In her free time, Dori had several favorite interests. She, for example, loved to travel to wherever her sister, Denise, was living at the time. Of all animals, she, especially favored giraffes and butterflies. In addition, of all family activities, she liked the Brock Sisters Annual Christmas Baking Marathon. Moreover, Dori liked to study ancestry and have coffee regularly with friends and classmates.

Those left to cherish her memory include her children, Wendy (Daryl Scharn) Petersen of Sac City, Iowa, and Jeremy (Pamela) Harvey, of Maplewood, Minnesota; her brother, David (Rhonda) Brock, of Linn Grove, Iowa; her sister, Denise Harding, of Topeka, Kansas; her grandchildren: Michael (Susan) and Trevor Groth and Emmett and Quillan Harvey; as well as nieces, nephews, cousins, extended family members, and friends.

Dori was preceded in death by her parents; her brother, Donald; and her nephew, Jason Brock.

Memorial services will be held on Monday, August 26, 2019, at 11:00 a.m. at St. Marks Lutheran Church in Storm Lake. Burial will follow in the Lone Tree Cemetery in Sioux Rapids. Visitation is scheduled from 9:30 to 11:00 a.m. before the service at the CHURCH. In lieu of flowers, the family requests that memorials be given to the American Diabetes Association. The Fratzke & Jensen Funeral Home in Storm Lake is in charge of the arrangements. 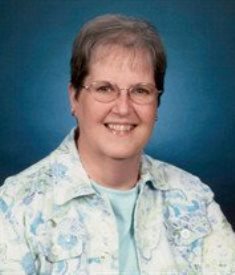