James Otis Hansen, a son of James McGilvery and Alice (Liechti) Hansen, was born on July 28, 1930, at their home in Carroll, Iowa. Baptized and confirmed in the Methodist faith, he attended grade school and graduated from high school in Nemaha. After finishing his education, he moved to South Dakota to work on a cattle ranch with friends. During the Korean War, he enlisted in the United States Army to serve his country. On September 23, 1956, he married Marlene Goettsch at St. Johns Lutheran Church in Storm Lake. Subsequently, they were blessed with two children, Jayme and James.

A member of the Newell American Legion and the Card Club in Early, Otis, in his free time, enjoyed working in his garden (where he grew produce and flowers), playing cards, attending his coffee club, and taking hunting trips to South Dakota. In his younger years, he liked playing softball and basketball.

Those left to cherish his memory include his wife, Marlene, of Newell; his children, Jayme (Rick) Baumgart, of Swisher, Iowa, and James Hansen, of Newell, Iowa; his brother, Cliff (Betty) Hansen, of Spencer, Iowa; his sister, Leanne (Gordon) Reynolds, of Early, Iowa; his grandchildren: Shane (Jenn), Ryan (Nikki), Brett, and Rochelle (special friend, Cory); his step-granddaughters, Schelese and Shelby; his greatgrandchildren: Cole, Cooper, Jackson, Brooklyn, Bryce, and Brock; his step-greatgrandchildren, Kendyle and Pressley; and his brothers-in-law, Basil Backy and Donald Goettsch; as well as many nieces, nephews, extended family members, and friends.

Otis was preceded in death by his mom and stepfather, Alice and Bill Hansen; his sister, Lael Backy; and his sister and brother-in-law, Lorelei and Duane Karstens. 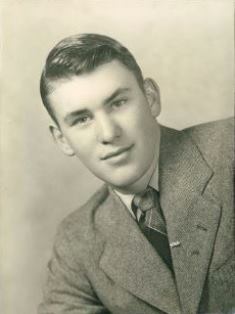