Phyllis was born on April 6, 1930, to Claude D. and Birdé (Bishop) Randall. In 1949, she graduated from Churdan High School. From 1949 until his passing in 1977, Phyllis was married to J. Tracey Massee. She, then, met and married Von Roemer in 1979. Their union lasted until he passed in 1993. Lastly, she married Merle Galbraith on January 1, 1994, at the Riverside Presbyterian Church in Linn Grove. He passed in September of 2015.

Throughout her lifetime, Phyllis loved getting to know and help people through her careers in the home health industry and the restaurant business. In addition, she enjoyed her role as a mother, grandmother, and great-grandmother. Moreover, she liked gardening, cooking, mentoring area youth, and participating in church activities. An active member of the Riverside Evangelical Free Church in Linn Grove, she, further, demonstrated her faith through her participation in her community. Indeed, she served with the Sioux Rapids Historical Society and on the board of the United Community Health Center in Storm Lake. Thus, she became grandma to the entire community and worked to get stop signs installed on Phyllis Corner.

She was preceded in death by her parents; her sisters, Elizabeth Barkley and Mildred Logdson; her daughters, Susan Risinger and Paulette Breyfogle; her sons, Ernie Breyfogle and James Roemer; and her three husbands. 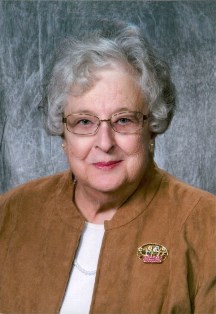