Charles Floyd Roder, a son of Floyd and Harriet (Chindlund) Roder, was born on October 27, 1931, on the family farm in Marathon, Iowa. Growing up, he attended grade school and high school in Marathon, graduating from Marathon High School in 1949. To serve his country, he enlisted in the United States Army on February 5, 1952. Honorably discharged on January 5, 1954, he started a lifetime of farming as a steward of the land. On August 28, 1955, he married Eloise Loy Peterson at the Lutheran Church in Linn Grove. Subsequently, they were blessed with four children: Shannon, Shane, Charlie, Jr., and Angela.

In his free time, Charles enjoyed bowling, hunting, fishing, boating, and entertaining at his lake residence. Indeed, he treasured spending time with his wife and especially dancing with her. Undoubtedly, he will be, deeply, missed by all who knew and loved him. 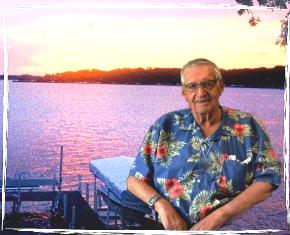