Nate was born on July 2, 1925, in Storm Lake, Iowa, to John Hubert and Sarah Grace (Coyle) McKenna. Baptized and later confirmed at St. Marys Catholic Church in Storm Lake, Iowa, he remained a lifelong member. He, also, belonged to the Catholic Order of Foresters for seventy-eight years. In 1942 at age 16, Nate graduated from Providence Consolidated High School in Sulphur Springs, Iowa. In 1946, he enlisted in the Army and served in the Philippines and South Korea during World War II and after. On February 22, 1955, Nate married Deloris Nehring. Subsequently, they were blessed with seven children: Patrick, Joseph, Jane, Ruth, Anne, Beth, and Joyce. Before retiring, Nate farmed in the Storm Lake area with his brothers. In addition, he enjoyed playing cards with his wife and friends. 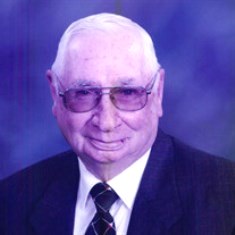