Marjorie was born on January 21, 1917, in Calhoun County, Iowa, to John and Lille (Shannon) Berkler. After graduating from Lytton Consolidated Schools, she furthered her education with various college classes. On June 28, 1950, Marjorie married Theodore Ted Miller in Storm Lake, Iowa. He died on July 20, 1971. After his death, she sold her home in Early and moved to Storm Lake where she became a staff writer for the Storm Lake Register & Pilot-Tribune. In later years, she worked as a correspondent for the Des Moines Register.

An active member of the Storm Lake community, Marjorie served in various capacities in numerous organizations and clubs. Her activities included: B.P.W., WaTan-Ye, the Delphian Club, the Lakeside Presbyterian Church, where she taught Sunday School and sang in the choir. Moreover, she served as the organizing president of the Thomas Munson Chapter Colonial Dames 17th Century, past state president, and state publicity chair as well as holding offices in the Iowa Society Colonial Dames 17th Century.

Active in politics in both Sac and Buena Vista County, a member of the National Federation of Press Women, N.W. District Director of the Iowa Press Women, Northwest District chairman of the Good Citizens program for the Iowa Society of the Daughters of the American Revolution, she served as Regent of the Buena Vista Chapter DAR 1982-84 and as District and State DAR chairman. In addition, she belonged to the Buena Vista County Genealogical and Historical Societies and the Hull Family Association.

Mrs. Miller made her most significant contributions to the Storm Lake community, however, as organizer and record keeper for the Storm Lake Parade of Flags Memorial which currently contains the burial flags of hundreds of veterans of all branches of the armed forces. For many, many years, Marjorie was involved in planning and carrying out Storm Lakes annual Memorial Day Program honoring deceased veterans.

Her family included three sisters: Dorothy Redenbaugh, Betty Davis, and Florence Hendrickson; two brothers: John D. and Charles H. Berkler; six nieces and nephews: Phil Redenbaugh, and his wife, Margaret, of Storm Lake, Sandra Millikan, of Cherokee, J.D. Berkler, and his wife, Gail, of Clearwater, Florida, Max Hendrickson, and his significant other Sandy Case, Joan Berry, and her husband, Don, of Mesa, Arizona, and Charles Berkler, and his wife, Carla, of Lytton. She was preceded in death by her siblings and by her husband. 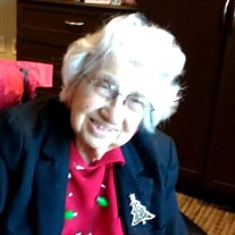