Thomas Michael McCardell, a son of Joseph and Mary (Haugh) McCardell, was born on January 16, 1955, in Washington, D.C. Baptized as an infant at St. James Catholic Church in Falls Church, Virginia, and confirmed at St. Philip's Catholic Church in Virginia, Thomas was raised mostly in Virginia. He did, however, spend some time in Peru because his father worked for the Federal Government in the Agency for International Development. Thomas attended grade school at St. James. Then, at the age of 17, he enlisted in the United States Army. After earning his GED from St. James High School, he attended Central Texas College.

Thomas served his country from 1972 until 1996. During his time in the service, he served with the paratroopers for twelve years before breaking his leg in a jump. Next, he became a drill sergeant training troops for combat. In his last assignment before retiring, he served as a 1st Sergeant and Senior Instructor for the ROTC program at Augusta State University in Augusta, Georgia. At other times, he was stationed in Alaska, North Carolina, and Hawaii.

In 1980, Thomas married Sueann McCardell in Fayetteville, North Carolina. They were blessed with three children: Cynthia, Joseph, and Lisa. Tomas and Susan, however, later divorced. On January 3, 2009, he married Leslie McCardell in Lincoln, Nebraska.

Thomas favorite hobbies include gardening and grilling. He would grow something new in the garden every year, and he loved the outdoors if weather permitted. A thrill seeker as well, he loved roller coasters.

Those left to cherish his memory include his wife, Leslie McCardell, of Alta, Iowa; his children: Joseph and Lisa McCardell; his brothers, Daniel (Mary) and John (Bridget) McCardell; his sisters, Joan (Jimmy) Abray and Katleen (Andy) Prinz; and a grandson, Colton Michael McCardell; as well as extended family members and friends. Thomas was preceded in death by an infant daughter, Cynthia Marie, and his parents. 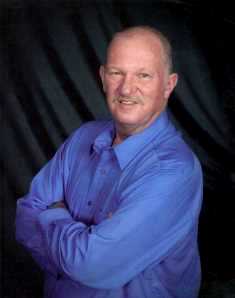