Fred Louis Grienke, 67, of Lake Park and formerly of Spirit Lake and Alta, transitioned into the most peaceful nap he's ever taken on Monday, July 15, 2019. He was born on October 4, 1951, in Sibley, Iowa, to Fred Edward Grienke and LaVon Gertrude Holmes. He spent his childhood raising animals and working on cars before graduating from Washington High School in Cherokee in 1971. Employed as a welder, he, also, worked as an auto mechanic. In 1974, he married Kathryn Ann Sorensen, the Aurelia girl from the burger joint that he met while "scooping the loop" in his 1955 Chevy. Fred and Kathy raised their two children, Ann and Tim, in Alta. Fred worked for Ron's Farm Service in Storm Lake before taking ownership of the business as Fred's Repair. In 2004, Fred and Kathy moved to Spirit Lake with dreams of spending their retirement fishing among Iowa's Great Lakes. Before retiring in January 2018, however, Fred worked for both Pure Fishing and Polaris.

Everyone who knew Fred will likely cherish memories of his ornery and playful sense of humor, his knack for taking things apart and fixing them, and his love for vintage cars and "treasures." Among his most treasured possessions are the 1955 Chevy and the 1970 Chevelle SS he drove in his youth. Because the Chevelle is still being restored to its original condition, Tim will drive the '55 Chevy to the Turner Jenness Family Funeral Homes in Spirit Lake for a celebration of Fred's life on Saturday, July 27, 2019. The family will host a come-and-go visitation from 10:00 a.m. until noon followed by a short prayer service. A private burial will take place at a later time at Storm Lake Memorial Cemetery.

Those left to carry on Fred's legacy include his wife of forty-five years, Kathy (Sorensen) of Lake Park; his daughter, Ann Christiansen, of Grimes; his son, Tim Grienke, and his wife, Melissa, of Superior; three granddaughters, Jocelann, Annalise, and Aubriann Christiansen, of Grimes; his siblings: Suzanne Rupp and Robert Grienke, of Cherokee, James Grienke, of Alta, Donna Donaldson, of Storm Lake, and Sally (Mark) Johnson, of Bushnell, Nebraska, along with a number of extended relatives who will, also, share fond memories of Fred's life. Preceding Fred in death are his parents, Fred E. and LaVon Grienke; and his siblings, Shirley Grienke, Harold Wieland, Phyllis Lewis, and Betty Reed.

The Turner Jenness Funeral Home is in charge of the arrangements. 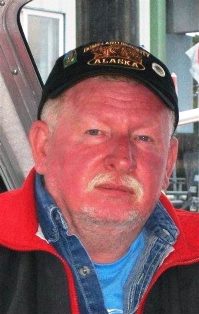