Cletus graduated from Waukon High School and was employed with Waterloo Industries as a truck driver for twenty years, retiring in 1984.

Services: Tuesday, August 18, 2015, at Queen of Peace Catholic Church with burial in Mt. Olivet Cemetery. Public visitation Monday at Hagarty-Waychoff-Grarup Funeral Service on South Street; where there will also be a Legion of Mary rosary. Visitation also one hour prior to services at the church.

Memorials: may be directed to the family.
Cletus loved dancing, playing cards and especially his Chicago White Sox. 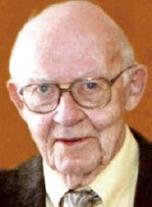