Alan Marshall Levi, age 67, of Waterloo passed away peacefully at his home on Monday, February 9, 2009, of complications from pneumonia after a courageous bout with melanoma cancer.

Alan was born on July 27, 1941 in Waterloo to parents Jay and Sosie (Brady) Levi. Alan attended Waterloo West High and graduated with the class of 1959. He attended the University of Iowa and graduated from Gates Business College. For the past twenty-six years Alan was proprietor of the family business Levi Brothers Jewelry and Loan established in Waterloo in 1908. He was previously employed at Krensky Fixture Company owned and operated Hamms-Falstaff Distributing and worked at Enderleins Clothiers.

Alan will be remembered for his tremendous dedication and commitment to family congregation and community. Alan was active in Sons of Jacob Synagogue where he served as congregation president and treasurer more times than anyone remembers. Alan was also a longstanding and dedicated member of the local chapter of the Elks where he was PER and trustee. He served on the Boards of Goodwill Industries Waterloo Community Playhouse and Sunnyside Country Club and was a member of the Waterloo Chamber of Commerce.

Preceded in death by his parents, Jay and Sosie Levi.

Services will be held at 12:30 on Friday February 13 at Sons of Jacob Synagogue. Graveside Service will follow immediately in the Beth Olom section of the Memorial Park Cemetery. Reception to celebrate Alans life will follow the graveside service at Sunnyside Country Club.

In lieu of flowers donations may be sent to: Cedar Valley Hospice 2101 Kimball Ave Sons of Jacob Synagogue 411 East Mitchell or Waterloo #290 Charities 407 E. Park Ave. Arrangements are being made by Hagarty-Waychoff-Grarup Funeral Service on West Ridgeway. 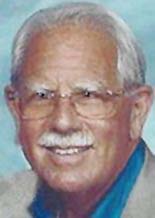