Mr. Witzenburg served in the U.S. Army during World War II. He was employed in the management of several grain cooperative elevators in Pella, Napier and Dunkerton. He later founded Bunker Hill Stone Products, then developed part of his farm into the Len Mar and Woodland Estates Subdivision. He was a charter member of the Dunkerton Lions Club, the Dunkerton Business Group and a 10-year council member of the city of Dunkerton.

Preceded in death by a sister, Frances; and a brother, Clarence.

Services: 1 p.m. Wednesday at Kearns, Huisman-Schumacher Chapel, with entombment in Garden of Memories Cemetery. Graveside military rites will be conducted by the Cedar Falls AMVETS Post 49 and the Iowa Army National Guard Honors Detail. Visitation from 4 to 7 p.m. Tuesday and an hour before services Wednesday at the funeral home.

Memorials may be directed to Cedar Valley Hospice or Cedar Bend Humane Society. 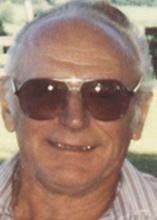