Mrs. Saathoff attended Waterloo community schools and had worked for various restaurants in the Waterloo and Cedar Falls area. In the 1970s, she and her husband managed a resort in Minnesota and later she went on to assist her husband in their home improvement business until their retirement.

Preceded in death by: a daughter, Tamra Dewey; and a brother, Earl Neuendorf Jr.

Memorial services: 11 a.m. Thursday at Westminster Presbyterian Church, Waterloo, with inurnment in Cedar Valley Memorial Gardens, Cedar Falls. There will be no visitation, her body has been cremated. Locke Funeral Home assisted the family.

Memorials: may be directed to Cedar Valley Hospice. 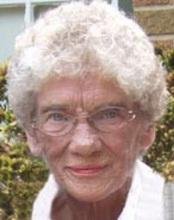