Funeral services for Curtis Evelyn Olson, age 85, of Manchester, Iowa will be held at 11:00 Thursday, October 20 at the Delhi United Methodist Church in Delhi, Iowa. Interment will be held at a later date.

Curtis Evelyn Olson, son of Evelyn B. and Hulda B. (Kierstein or Kerstein) Olson, was born May 18, 1926 at the parental home in Lansing, Iowa. Curtis graduated from the Lansing High School in 1944. He left for the United States Army Air Force the day after his high school graduation. He served in the European Theater in Germany as a plane captain. He was honorably discharged in 1946 with the rank of sergeant. In 1948, he married Shirley Baumbach. To this marriage, three children were born, Ronald Curtis Olson, Dennis Lee Olson, and Debra Jean Olson. Shirley and Curtis later divorced.

Curtis served his community and the Lord throughout the years in several capacities: scout leader, Sunday School Teacher, Gideons International, Quad Cities Walk to Emmaus Community, church youth bus driver, church trustee, and a faithful member of his church family. He enjoyed many hobbies and interests: bowling, hunting, fishing, cars, woodworking, Bible Studies, and sharing his interests with his children and grandchildren.

Curtis greeted everyone he met with respect, acceptance, and compassion. He was a humble man, but took great pride in his family, his work, and his country. He has left his family a legacy of creativeness, intelligence, humor, perseverance, service, and most of all love. He will be greatly missed by all who knew and loved him.

Curtis Evelyn Olson passed away and went to be with His Lord on October 13, 2011. He was preceded in death by his parents, his brother George Olson and his sister, Joyce Olson. 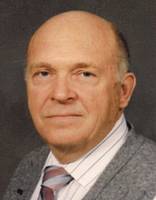