Milton Delbert Suckow, son of Richard and Mabel (Mohs) Suckow, was born October 24, 1926 on a farm in Winneshiek County, near Castalia, Iowa. He was confirmed on June 29, 1941 at St. John's Lutheran Church in Waukon, Iowa. Delbert was united in marriage with Ginger Drahn on August 23, 1953. They became the parents of one son, Darby Suckow. Delbert and Ginger later divorced. Delbert farmed with his father in his younger years. He worked for John Kittleson and Pete Peterson at the Kittleson-Peterson Hardware Store in Postville, Iowa. In 1973, Delbert bought the company out and established Suckow Dairy Company. In 2003 he retired and his son Darby took over the business. Delbert installed his first bulk tank in 1958. He was one of the top bulk tank dealers in the United States for over twenty years.

Delbert was very active with the Eagle's Club in Guttenberg, Iowa. He had multiple positions on the board and was a member for twenty one years. He helped establish the Summer Recreation Program for the Postville Community and was the president for several years. He donated to many organizations and community projects in the local area. Delbert enjoyed fishing and spending time at his cabin in Harpers Ferry, Iowa. He enjoyed bow hunting for deer and turkey. When he was eighty years old he shot a ten point buck from a tree stand. He wanted to thank Tim L.(T.L.) White for all the fond hunting memories he helped to create. Delbert also enjoyed woodworking and spending time with his family. One of his favorite quotes was "I have to get to work, my buddies will be waiting" which was his way of saying he couldn't be late for coffee at Old Times Inn in Clermont, Iowa.

Milton Delbert Suckow died at his home on Sunday, February 26, 2012. He was preceded in death by his parents, a brother Dwayne Suckow, and his half siblings, Harold Mohs, Willis F. Suckow, Velma Mina, LaVanda Thornton, and Verda Mae Schnuelle. 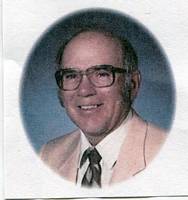