Virginia Mae Rustad was born on May 20th 1927 in Decorah, Iowa, the daughter of Abraham & Olena (Lomen) Rustad. Virginia was the sixth of seven Rustad children and was baptized at Washington Prairie Lutheran Church by Reverend Koran and confirmed at St. John's Lutheran Church in 1942 by Reverend Losen.

They lived on the family farm down the road from the church in rural Decorah for many years.

Virginia enjoyed Sunday dinners, fishing, driving along the river, cooking, playing cards, church activities, wildlife watching, watching her stories, gardening, canning, listening to country music, visiting with friends, dancing with Allen, and most of all spending time with her family.

Preceding her in death were; her parents, Abraham and Olena Rustad; her brothers, Edward, Otis, and Russell; her sister Adeline; her oldest son David in 1988; and a great grandson, Robert Eugene Holkesvik in 1993. 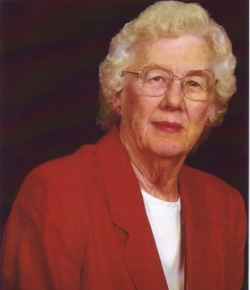